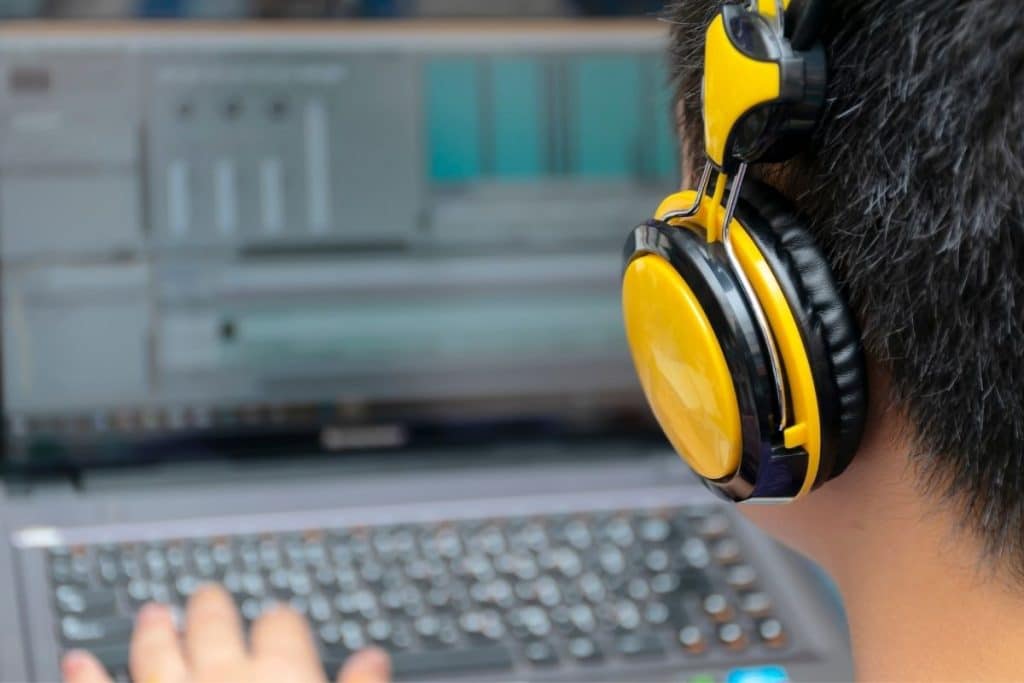 If you spend more than 5 minutes in the music industry or even just in a studio, there's a good chance you will at least have heard about the Pro Tools software before.

It's an audio editing software, produced by a company called Avid, that makes the whole process of editing and mixing tracks as simple and efficient as it could possibly be.

It's the sort of software that is used just as often by amateur musicians in their bedroom as it is by professional producers in million-dollar studios, which just goes to show how versatile a program it really is.

The only real downside to Pro Tools is the fact that it's behind a paywall- and a pretty considerable one at that.

That's why we've compiled this handy, in-depth review of the whole software to help determine whether or not Pro Tools is worth the money.

We'll be taking a look at real customer reviews and seeing how it stacks up against the competition to see if the price tag on the software is justified.

What Is Avid Pro Tools?

It is designed for recording, editing, mixing, mastering, and publishing audio content.

The software can be downloaded directly from the official website and runs on Windows 7, 8, 10, macOS Sierra, and iOS devices.

There are two main components to Avid Pro Tools: The Digital Audio Workstation (DAW), and the Media Composer.

Both of these tools are available separately or together as part of the full package.

The DAW itself is far more popular as it only concerns the music editing process, which is generally what most people are after.

As you might have guessed from its name, Pro Tools 12 isn't the first iteration of the software and Avid has put it through years of development and upgrading to get it to where it is today.

The journey began back in 1989 when the first version of Pro Tools was released to the world and was quickly met with great appreciation from the music industry.

It replaced the previously standard Digidesign Sound Tools software, with many seeing Pro Tools as a straight upgrade.

Over the next few years, Pro Tools quickly rose in popularity as more and more producers wanted to get their hands on the software.

Of course, back in the 80s and 90s, downloading software from the internet wasn't nearly as simple as it is now and the majority of people had to buy the program on a physical disc from an electronics store.

Over the subsequent decades, Avid released dozens of new and improved versions of Pro Tools, using up just about every number and letter combination possible as they did!

Let's start our review off properly with a thorough breakdown of Pro Tools 12's key features:

When it comes to audio editing, Pro Tools is one of the best around.

You can also use your mouse to select any section of audio and drag it into another track.

This means you don't need to go through the hassle of dragging individual clips into different tracks manually, which saves time and effort.

Another neat feature is the fact that you can add automation to any clip within a project so you can control how long each sound plays for.

If you're looking for something a little bit simpler, you can always import a WAV file into a project and work on the audio yourself.

Edits Are Easy To Make

One of the biggest benefits of working with Pro Tools is that it makes creating edits incredibly easy.

All you need to do is click on the Edit button in the bottom left corner of the window and then choose either Cut, Copy or Paste depending on what you want to achieve.

Once you've made your edit, simply press Enter to confirm it and move on to the next step.

There are no complicated menus to navigate and everything is clearly laid out.

Mixing and mastering is probably the most important part of making a song, but it doesn't necessarily have to be done by hand.

With Pro Tools, you can easily mix and master your songs without having to worry about making mistakes.

For example, if you want to adjust the volume levels of a particular instrument, you can simply drag it onto the fader bar and drop it where you want to place it.

You can even apply compression to specific instruments to make them louder or quieter.

As well as this, you can create EQ presets and save them so you can apply them to other projects later on.

The only downside to this is that you can't change the settings once you've saved them.

The same goes for adding effects too – you can't undo them once you've applied them.

In addition to being able to edit audio files, Pro Tools also allows you to manipulate MIDI data.

In order to do this, you must first open up a MIDI controller plugin such as the M4L Controller.

Then, you can load up the MIDI notes you want to play from a MIDI keyboard or drum machine.

You can then assign these notes to the various controls on the interface using the MIDI mapping system.

This means you can play drums with your computer keyboard instead of having to buy a separate hardware kit.

Overall, the MIDI functionality in Pro Tools is pretty impressive, though it does take some getting used to if you haven't worked with MIDI before.

If you're not sure whether you'll like the idea of working with MIDI, you should definitely give it a try.

While many people think that audio editing software is just for musicians, it actually has a lot of uses outside of the recording studio.

For example, you might use it to clean up voiceovers or remove background noise from a podcast.

Or maybe you want to convert MP3s to FLAC format so they can be played back on your phone or tablet.

Whatever the case may be, Pro Tools is one of the best options available.

Like we said at the start, the Pro Tools 12 software isn't free and will in fact set you back at least a couple hundred dollars, regardless of which package you go for.

It was a controversial shift from a single payment to an annual subscription system for Avid. A lot of music producers slated the decision at the time but it generally reflects the way most paid software is going, so it's really not that big a deal.

At the time of writing, Avid offers two packages for the Pro Tools 12 software: Pro Tools and Pro Tools Ultimate.

The basic version costs significantly less than the Ultimate one but for that price you'll still get all the great audio mixing, editing and enhancing features we've already looked at.

Plus, you can even take advantage of ‘inner circle rewards', which Avid claims is worth around $1500 in products and rewards offered throughout the year.

This Ultimate package also gets you access to all new releases brought out by Avid, the Avid complete plugin bundle, HEAT, Pro Tools: MachineControl, and ExpertPlus support.

We don't have enough time to get into all of these services and what they're all about but the bottom line is that they are only really useful for professional-standard music producers.

If you're just starting out in the music world and are looking to simply edit and enhance your tracks, the basic Pro Tools package is more than sufficient for your needs.

However, if you're looking to take your productions to the next level and sound fully professional, it could be worth looking into the Ultimate package.

Unsurprisingly, the conclusion we have to draw from this review is that Pro Tools is an excellent piece of software that will help you make your music sound incredible.

Whether you're a beginner or a seasoned pro, this software is perfect for anyone who wants to improve their production skills.

There are plenty of tutorials online to guide you through the basics and once you get the hang of things, you'll find yourself making amazing music in no time at all.

So if you're thinking about buying Pro Tools, you owe it to yourself to check it out!