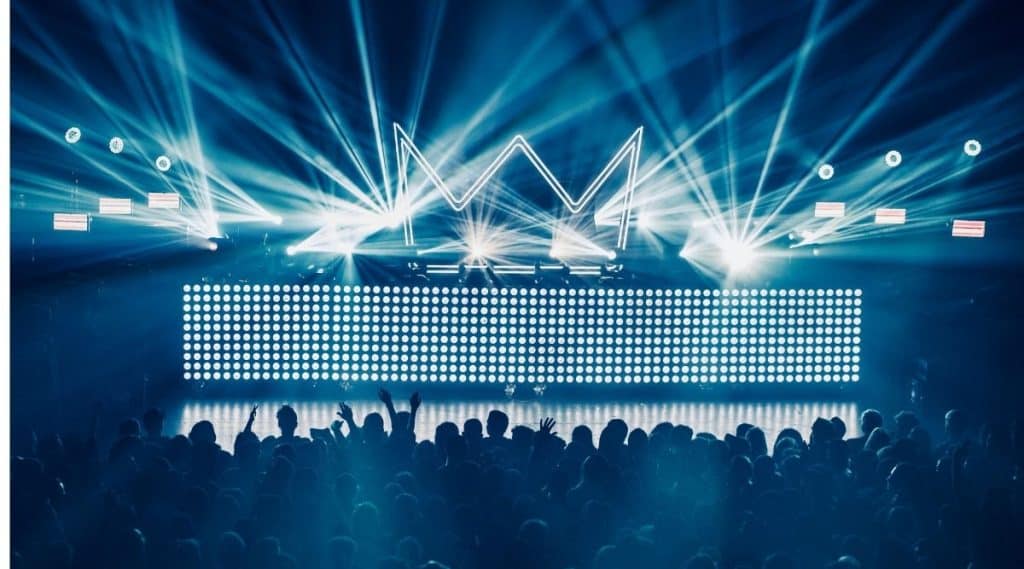 To put it simply, EDM stands for Electronic Dance Music. But what is electronic dance music?

Edm is a fast-paced music genre that emerged during the mid-’80s, and it’s everywhere, since it became a thing, it has to be one of the most used music genres.

It’s become so popular these days that it's nearly impossible to get away from, whether you’re listening to a radio station, at a music festival, or in a bar or club.

Due to its popularity, it now covers a wide range of genres and can be used to create and re-create different types of music.

Before EDM the popular music was very instrumental based, meaning they used proper instruments like Brass instruments, pianos, and guitars just to name a few.

This kind of music fell into a few different genres like Rock, Disco, Jazz, and Soul.

This kind of music was much different from EDM as it was all done in mostly live sessions and concerts, the musicians would turn up and play.

If they wanted to make an album or a single it would be done in live sessions in a studio and they would literally cut and paste together to edit.

But then in the ’80s EDM emerged, it is music that is made from technology, or technology-based music equipment. It first started off as dance music that quickly became intertwined with computers and technology.

Some of the original pieces of equipment that started EDM were things like the 303 Bass Synthesizer and the 808 Drum Machine.

The 303 Bass Synthesizer was originally designed to replace bass lines in songs, but it didn’t really work like that and many people wrote it off as useless, but then some people started messing around with the machine and realized its full music-making potential and were able to make some serious beats on it.

Although the 808 Drum Machine didn’t have initial success, compared with other drum machines it has stood the test of time much better and is still used today in music production.

Some of the music genres that fall under the EDM umbrella are genres like techno, disco, drum and bass, pop, and trance.

These kinds of music are now under the umbrella of EDM as they’re mostly produced using technology and machines rather than actual instruments, and sometimes original songs are remixed or edited to make electronic dance music, this mostly happens with disco and pop.

The music is made from electronic music instruments, typically it’s made with old music synths like the previously mentioned 303 Bass Synthesizer and the 808 Drum Machine.

Most techno music can be characterized by its 4/4 time and its tempo range of 120 to 140 beats per minute.

It originates straight out of London in the ’80s and early ’90s, it originally formed as ‘jungle’ music and was derived from reggae but was incorporated with a bassline and remixed to become intense dance music.

Disco tech and pop have been categorized together as they are typically songs that already exist but have been sampled or remixed into a tech version of the song.

This is particularly popular with disco as disco was already a form of dance music and considerably upbeat clocking in at 120 beats per minute.

Pop music is more sampled for techno music for the vocals it can provide, this can be seen more in drum and bass songs with pop singers providing vocals over the top of a drum and bass track.

Not only does it offer an excellent structure for new types of techno music, but the cross between techno and pop has evolved into a kind of house music subcategory that is currently very popular in chart music.

Trance music is very similar to the techno category of EDM as it has a recurring rhythm and sounds very fluid. Born into the British music scene in the 90’s it became very popular during a time of clubbing and raves.

The music is supposedly designed to make people lose their consciousness and get taken away when listening to it. It usually plays at around 135 to 150 beats per minute and tries to build tension.

Unlike techno and drum and bass, it doesn’t have a build-up that leads into a heavy drop for the crowd to explode too, it has a rather soft drop and just allows you to get taken further away into the trance.

Ultimately EDM is electronic dance music, and we now know that it is music made from techno instruments.

However, it's not just a straightforward answer as it's also made up of different genres of music as the knowledge of music is rapidly expanding so does the range of music technology can provide.

It has such a wide range of music because of its ability to create original sounds from decade-old machines, sample music from other genres and artists, and remix already made songs into a new category.

EDM has now become one of the biggest categories of music there is and the majority of music festivals around the world are made up of electronic dance music.